Hereford Middle School Library
Welcome to the HMS Virtual Library
Where we like to keep things interesting, informative, and fun.

You will find resources to help you conduct in-depth research, complete assignments, locate fascinating information, learn about the world you live in and on, find book suggestions, read interesting articles, view student work, and play games.

There is a lot to do and learn.  Let's get started! 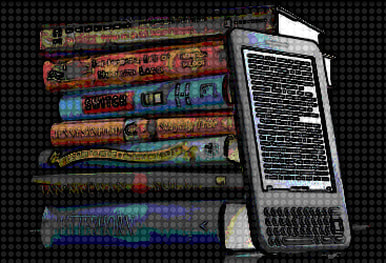 We are here to...
Provide tools and resources which encourage and empower students to become able learners and
citizens of the world.  We provide access to ideas and information through a wide variety of both digital and non-digital materials.  By creating a compassionate, yet rigorous environment,
we seek to make the library a friendly and fascinating place to read and learn. 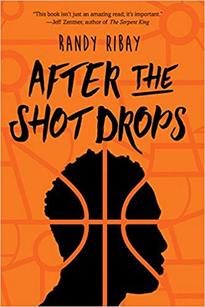 After the Shot Drops     by Randy Ribay
"Bunny and Nasir have been best friends forever, but when Bunny accepts an athletic scholarship across town, Nasir feels betrayed. While Bunny tries to fit in with his new, privileged peers, Nasir spends more time with his cousin, Wallace, who is being evicted. Nasir can't help but wonder why the neighborhood is falling over itself to help Bunny when Wallace is in trouble.

When Wallace makes a bet against Bunny, Nasir is faced with an impossible decision—maybe a dangerous one."       --Amazon.com. 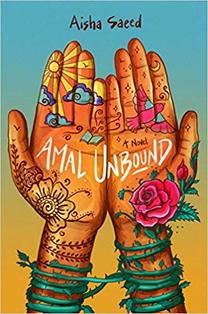 Amal Unbound     by Aisha Saeed
"Amal's dream of becoming a teacher one day is dashed in an instant when she accidentally insults a member of her Pakistani village's ruling family. As punishment for her behavior, she is forced to leave her family behind and go work at their estate. So she summons her courage and begins navigating the complex rules of life as a servant.  Most troubling, though, is Amal's increasing awareness of the deadly measures the Khan family will go to in order to stay in control.  If Amal is to have any chance of ensuring her loved ones' safety and winning back her freedom, she must find a way to work with the other servants to make it happen."    --Amazno.com 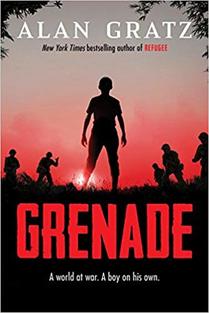 Grenade     by Alan Gratz
"It's 1945, and the world is in the grip of war.
Hideki lives on the island of Okinawa, near Japan. When WWII
crashes onto his shores, Hideki is drafted into the Blood and Iron
Student Corps to fight for the Japanese army. He is handed a
grenade and a set of instructions: Don't come back until you've killed
an American soldier.
Ray, a young American Marine, has just landed on Okinawa. He
doesn't know what to expect -- or if he'll make it out alive. He just
knows that the enemy is everywhere.
Hideki and Ray each fight their way across the island, surviving  heart-pounding ambushes and dangerous traps. But when the two of them collide in the middle of the battle, the choices they make in that instant will change everything."  --Amazon.com 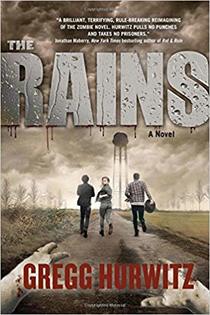 Rains     by Gregg Hurwitz
"In one terrifying night, the peaceful community of Creek's Cause turns into a war zone. No one under the age of eighteen is safe. Chance Rain and his older brother, Patrick, have already fended off multiple attacks from infected adults by the time they arrive at the school where other young survivors are hiding.
Most of the kids they know have been dragged away by once-trusted adults who are now ferocious, inhuman beings. The parasite that transformed them takes hold after people turn eighteen--and Patrick's birthday is only a few days away.
Determined to save Patrick's life and the lives of the remaining kids, the brothers embark on a mission to uncover the truth about the parasites--and what they find is horrifying. Battling an enemy not of this earth, Chance and Patrick become humanity's only hope for salvation." 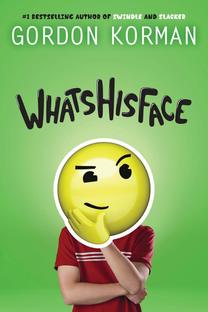 WhatHisFace     by Gordon Korman
"Cooper Vega's family moves so often that he's practically invisible
at any school he attends. Now they've relocated to the town of
Stratford
-- where nobody even makes an effort to learn Cooper's name. To
them, he's just . . . whatshisface.
Cooper's parents feel bad about moving him around so much, so
they get him a fancy new phone. Almost immediately, it starts to
malfunction. First there's a buzzing. Then there's a weird glare on
the screen. Then that glare starts to take on the form of . . . a
person?
It's not just any person trapped inside Cooper's phone. It's a boy named Roderick, who says he lived in the time of William
Shakespeare -- and had a very tangled history with the famous playwright. Cooper thinks his phone has gone haywire, but there's nothing he can do to get rid of Roderick.  Then, even stranger, Roderick starts helping him. Even though his 17th-century advice isn't always the best for a 21st century middle school." --Amazon.com

Disclaimer:  The BCPS does not guarantee the accuracy or quality of information located on the telecommunications networks.  We have made every reasonable attempt to ensure that our school system's Web sites are educationally sound and do not contain links to anything that can be deemed in violation of the BCPS telecommunications policy.  The linked sites are not under the control of the Baltimore County Public Schools; therefore, BCPS is not responsible for the contents or any linked site, links withing the site, or any revisions to such sites.  Links from BCPS' Web sites are provided as a convenience and do not imply an endorsement of the linked Web site.
website background art work created by Toby Hessenauer